The position of the site for the new hotel at the corner of an urban block in the historical centre of Guadalajara asks for careful considerations on the orientation of the future building. In our porposal, a smart spatial organization of the rooms guaranties a multiple-sided orientation of the hotel. The open plan of the ground floor with visual relations to the floors above, natural light coming from several directions and a big theatrical stair to the restaurant in the basement, gives a preview to the spatial richness of the rest of the hotel.

The maximum allowed volume of 25x15x25m above the ground is divided into 7 floors, in which the program of the hotel is organized like an open Jenga structure, with the rows of rooms rotating 90 degrees each next floor. This organization generates a spatial sequence of interlinked patios and terraces, while the vertical circulation is very compact. Some rooms are orientated to the street, others are to their own private patios. The patios and terraces give natural light and ventilation deep into the centre of the building. The terraces are used for horizontal circulation, special shared functions like a hot tub or a sun terrace, or are private outside spaces for the rooms. 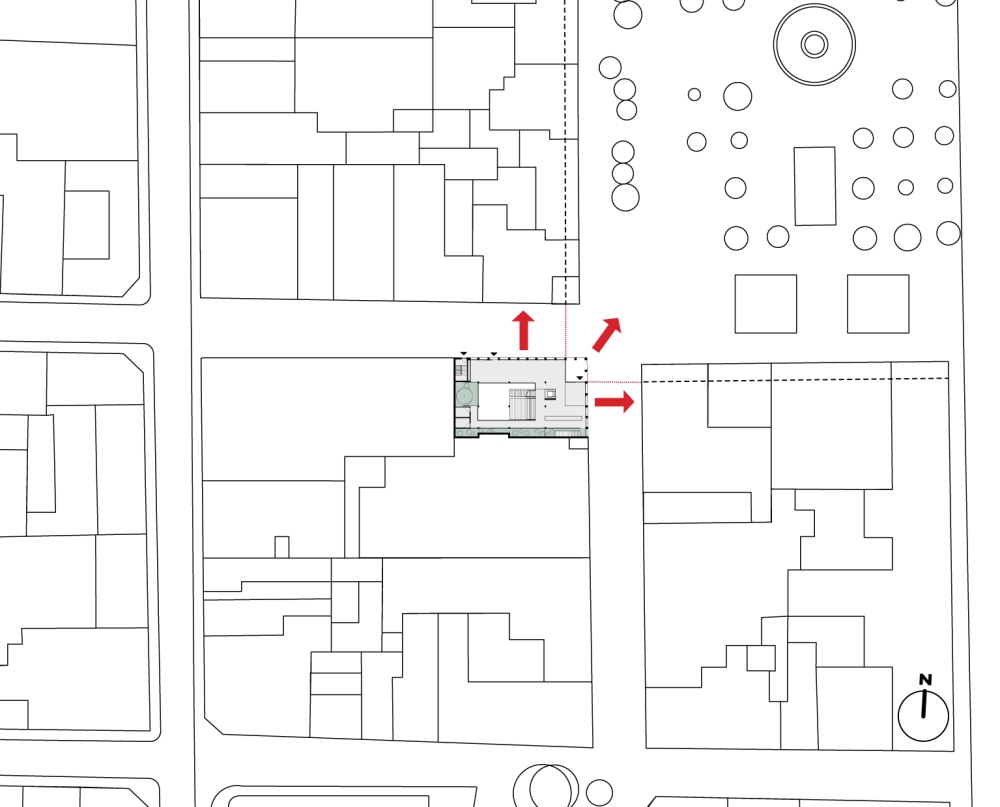 International competition for a hotel in the historical centre of Guadalajara