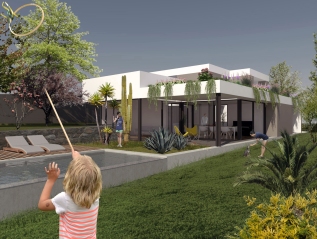 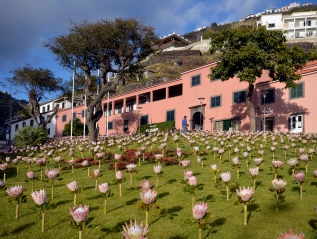 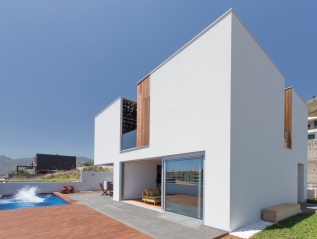 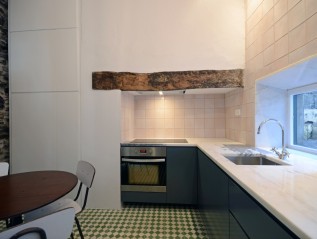 Carolina Sumares (1981, Funchal) studied at the Faculty of Architecture from Porto University. She worked in the offices Korteknie Stuhlmacher Architecten (2004-2006) in Rotterdam and in DP6 architectuurstudio (2006-2010) in Delft. In 2011 she did a post-graduation about American City – Architecture and Urbanism in Escola da CIdade – São Paulo.

Rik den Heijer (1978, Rotterdam) studied at the Faculty of Architecture of the Technical University Delft in The Netherlands and at the Zürcher Hochschule Winterthur in Switzerland. After his graduation he worked in offices in The Netherlands, Japan and Brazil.

Studio Dois was founded in The Netherlands in 2010 by Carolina Sumares and Rik den Heijer and is now located in Calheta on Madeira Island, Portugal. The broad international experience Carolina and Rik gained in previous architecture offices in various countries helps to develop ideas and concepts that fit the specific wishes of our clients. […]

Find out what we have been up to.

Construction Casas OPS is going well. Today the concrete of first floor will be poured!

Another great collaborative project with Studio Fraaj resulted in the opening of the exhibition stand of Remeha on the VSK 2018, the trade show for heating, plumbing, climate control and refrigeration technology in Utrecht. The concept of the stand is that the visitors are included in the story behind the products, in stead of just showing […]

We just started a new project. The challenge is to give a new life to this house with two amazing mango threes in the garden. 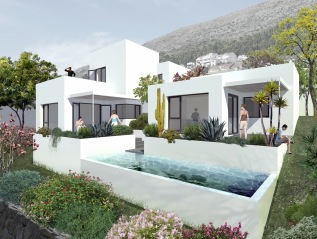 Last week we received “green light” from the municipality of Ponta do Sol for one of the projects we have been working on lately. This project is a collaboration with Mayer&Selders Architects and consists of 2 touristic units and common swimmingpool. The houses consist of several small-scaled, creating a range of more private and public patios […] 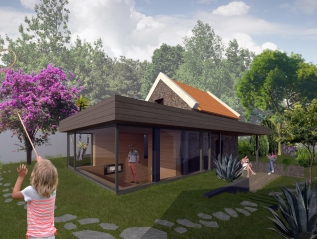 New project: transformation of a traditional barn in a guest house

Sneak preview of our most recent project in Madeira. Rehabilitation and extension of an existing agricultural barn to a small guest house. The area is surrounded by beautiful trees in the mountains of the island. 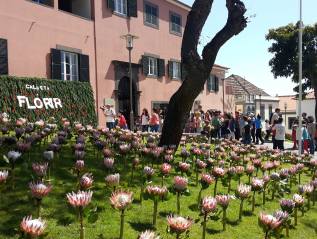 Last week the flower installation we designed for the garden of the municipality building in Calheta was inaugurated. The installation makes part of the Madeira Flower Festival and will stay for 2 weeks. We `covered` the garden with 1700 locally produced protea flowers that were kept upright in small cane tubes, as a reference to the flowering fields that spontaneously […] 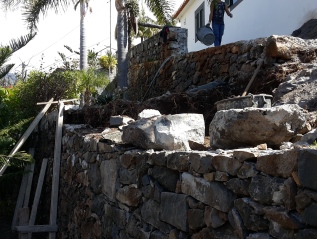 Last week we started the construction of a new project: Piscina BCA. This pool will be situated on a site in Calheta with lots of differences in height. We managed to keep the construction relatively simple, without digging in the rocky terrain to much and integrating the pool nicely in the characteristic landscape at the same time. 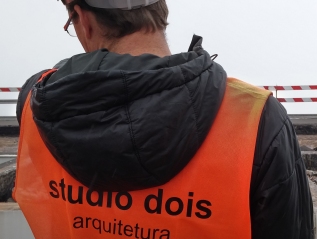 We are starting the year in the building site.

House in Ajuda in Architectenweb

The project Casa na Ajuda was published at Architectenweb, the most popular architecture site in The Netherlands. Check out the publication as well as the great pictures of the house by Photography Inês Guedes! 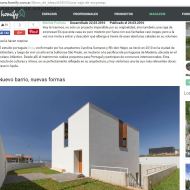 We are happy that Homify Argentina decided to write a nice article about our project Casa na Ajuda. See the article (in Spanish) here: 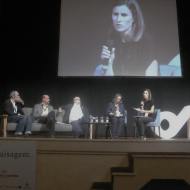 During the celebrations of architecture month in Madeira, Carolina Sumares did the moderation of the debate in the Remaing Landscapes lecture. It was an interesting day!

Last week Carolina was interviewed for Casa das Artes, a cultural program in local TV. She talked about good and bad example of intervening in the landscape.